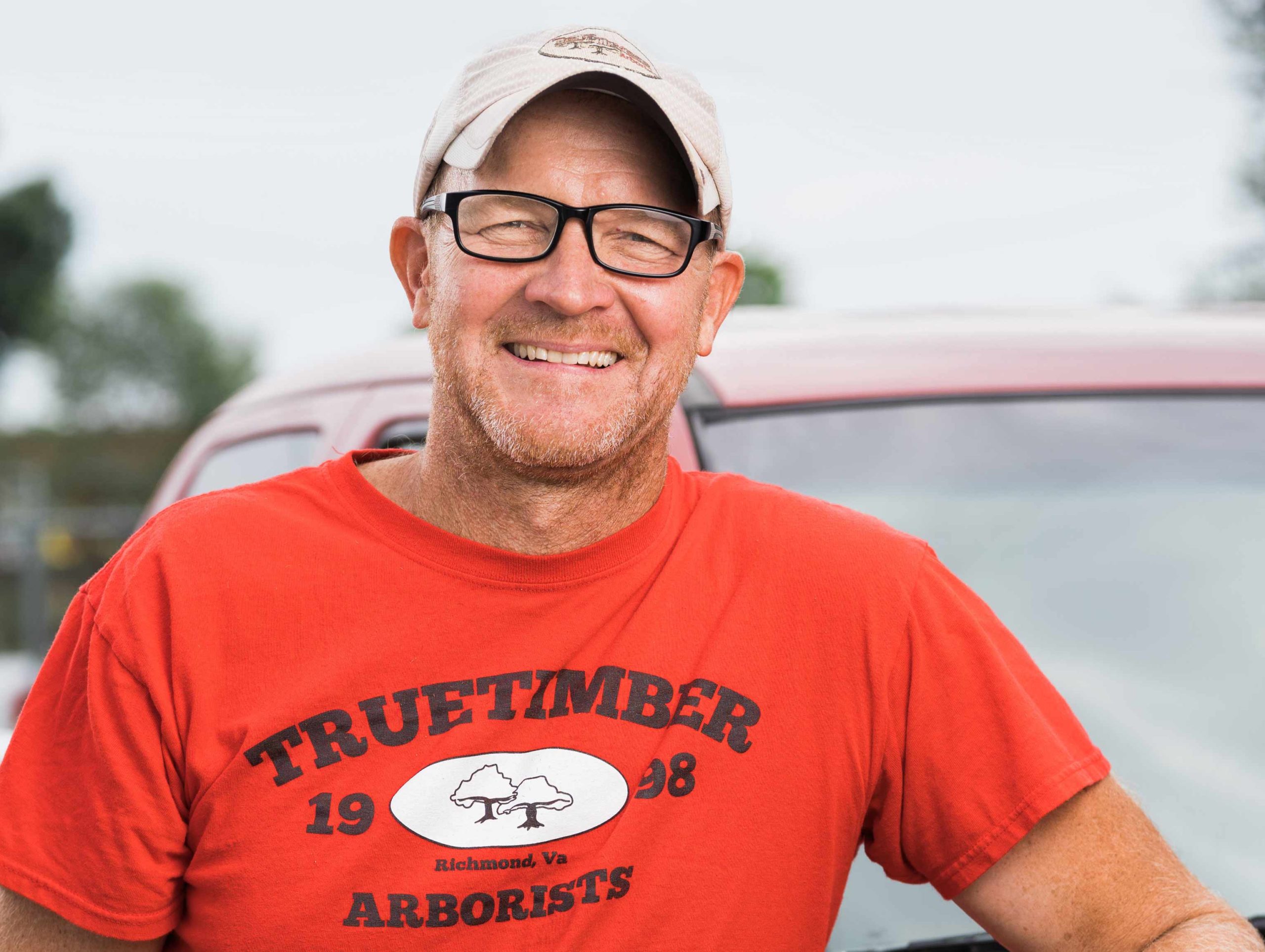 Scott, a lifelong Richmonder, enjoys the simple life he lives with his wife, Amy, and two teenaged daughters in the dense urban forest of Stratford Hills in Richmond.
After travelling the world for five years as an enlisted member of the United States Navy, Scott earned a Master’s Degree in Physics before beginning his arboricultural career. He has been the owner of Truetimber since 1998, and started an outdoor outfitting business called Riverside Outfitters in 2005 to share his love of our river, our trees, and the tree climbing experience.
In 2014 Scott was named a “River Hero” by the Friends of the James River Park for his stewardship of the great Richmond Outdoors. 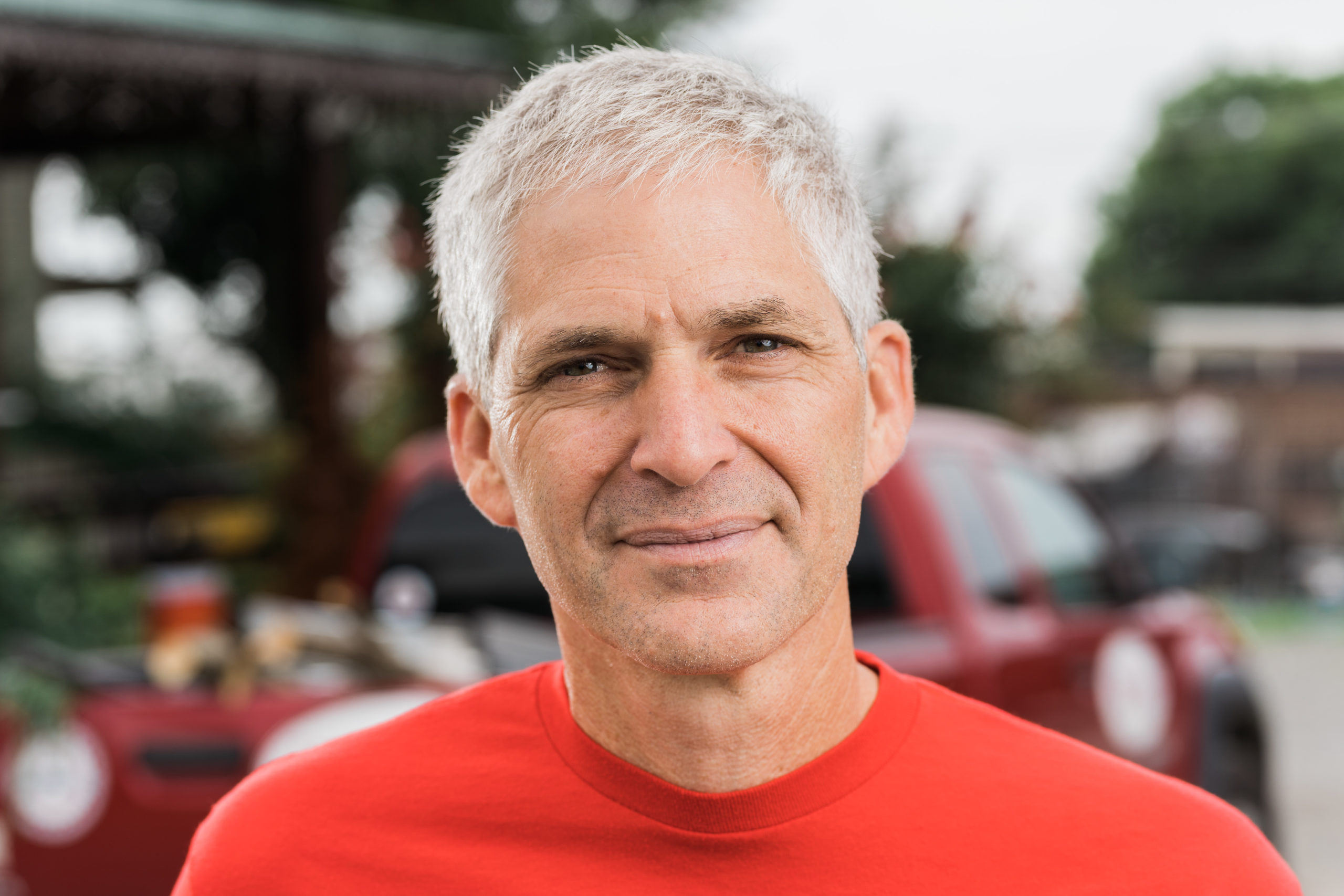 Peter loves everything about Richmond including his high school sweetheart and his 3 children who attend and have attended his same high school. After high school Peter joined the US Army where he served as an Infantry soldier. He fortunately spent his duty close to home, stationed in Arlington, VA with the ceremonial unit, The Old Guard. Directly after the military, Peter pursued and completed his degree in Forestry and Wildlife Science, realizing his true passion was in trees. His first stop as an Arborist was with a company here in Richmond where he learned most of his tree climbing skills and was a salesman for that company. After Hurricane Isabel in 2003 and climbing a lot of trees, Peter was hired as one of the City of Richmond Arborists and was quickly promoted to Urban Forester. Shortly thereafter, when he met Truetimber through recreational tree climbing events in the City, he realized he could combine his enthusiasm for the natural world and his passion for trees to call Truetimber home. Having ridden his bike all over the city as a youth along with his past experience raft guiding the James, Peter continues to find new and unexplored gems in RVA. In addition to his passion for trees, if you want to have a long conversation with Peter, get him talking about cycling, mountain biking, alternative medicine and real food. 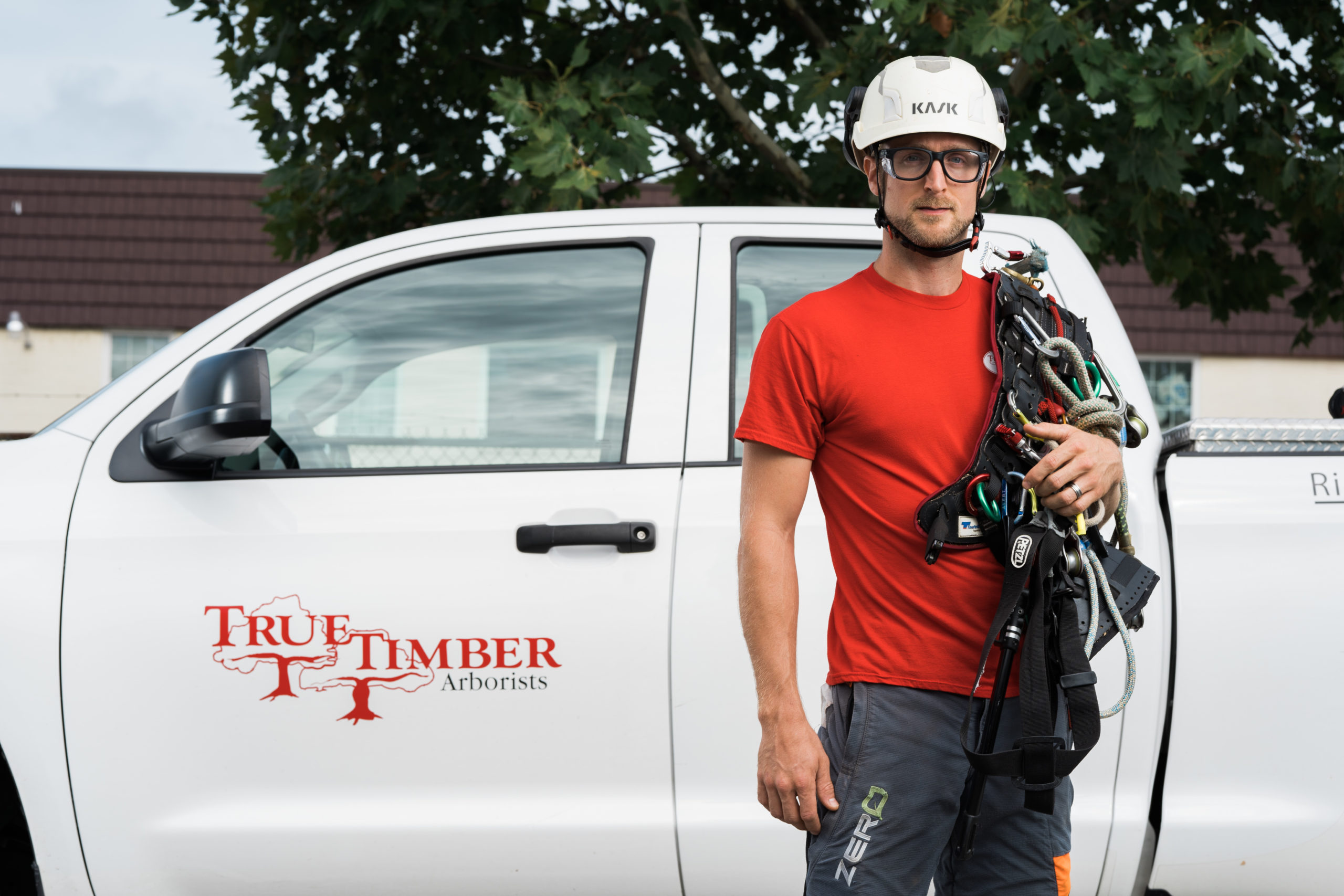 Drew’s passion for climbing trees began at a young age. A native of Fredericksburg, Drew grew up with a love of the outdoors and began to climb trees recreationally at the age of 14.  Seven years later, Drew made the decision to turn his hobby into his trade, working as a climber in the tree industry in both Fredericksburg and Northern Virginia. In 2012, Drew joined the Truetimber team, commuting daily from Fredericksburg. Finding a good fit, he eventually relocated his family to Richmond, where he has continued to enjoy the opportunity of doing exactly what he loves as an occupation in this beautiful city. 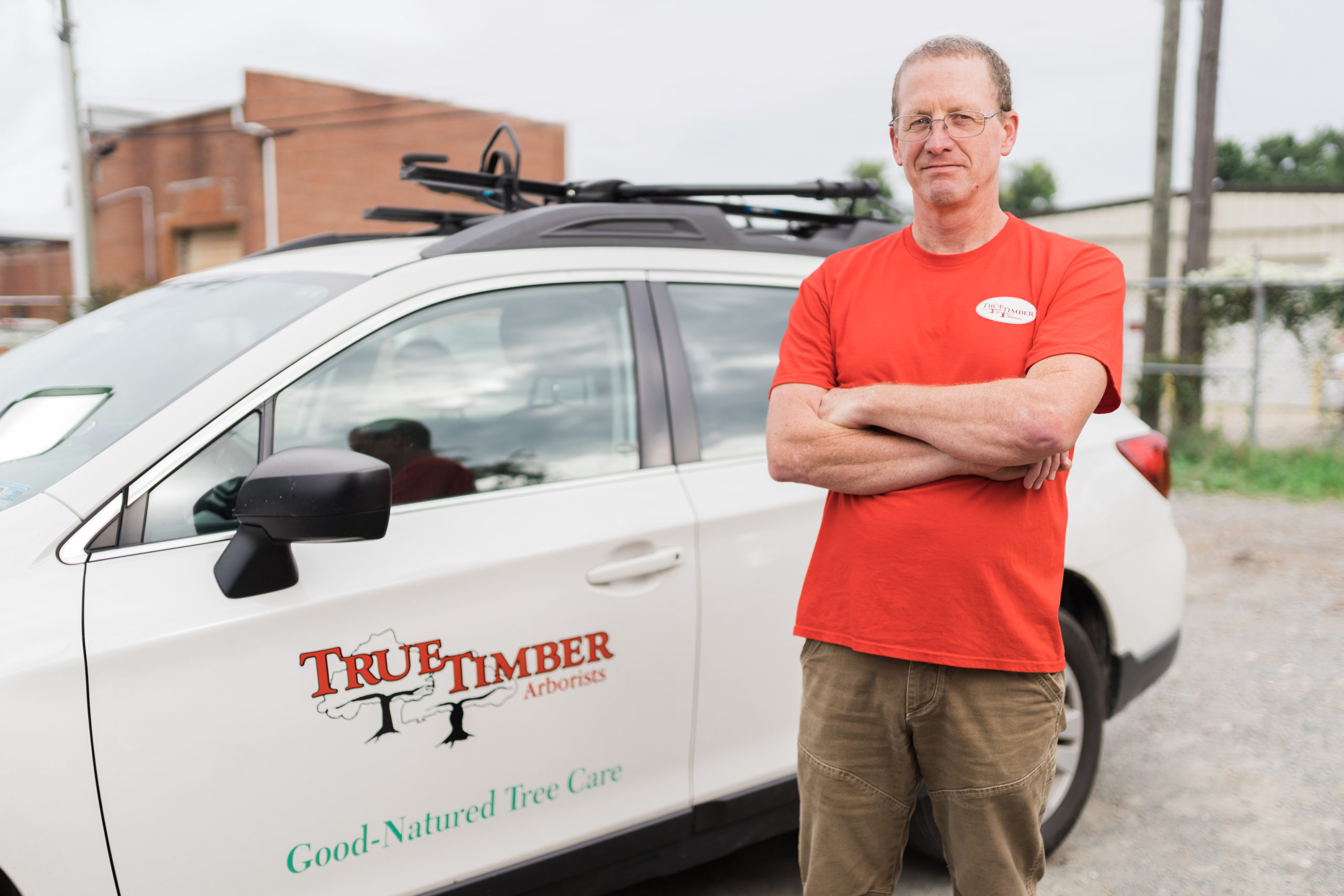 Mike’s path to Truetimber began in the Midwest. After graduating college in Iowa, Mike and his wife headed to Northern Minnesota where he worked at an environmental learning center teaching kids in the forests and lake country of the North Woods. In 1997, he moved to St. Paul and it was there that he learned arboriculture and tree climbing while working for a small tree company.  In 2003, Mike and his family moved to Richmond where he joined a local tree company and experienced his first hurricane, Isabel.  In 2006, he was hired as a Richmond city arborist where he worked for 10 years managing city trees.  In 2016, he joined the Truetimber team.  When Mike finds time to slip away from work and family, he can frequently be found on or near the James,  running trails or paddling the river.

My Favorite thing about arboriculture is seeing the trees from an angle few people ever get to. I also love the challenge of difficult removal projects, and safely landing large objects in small spaces. 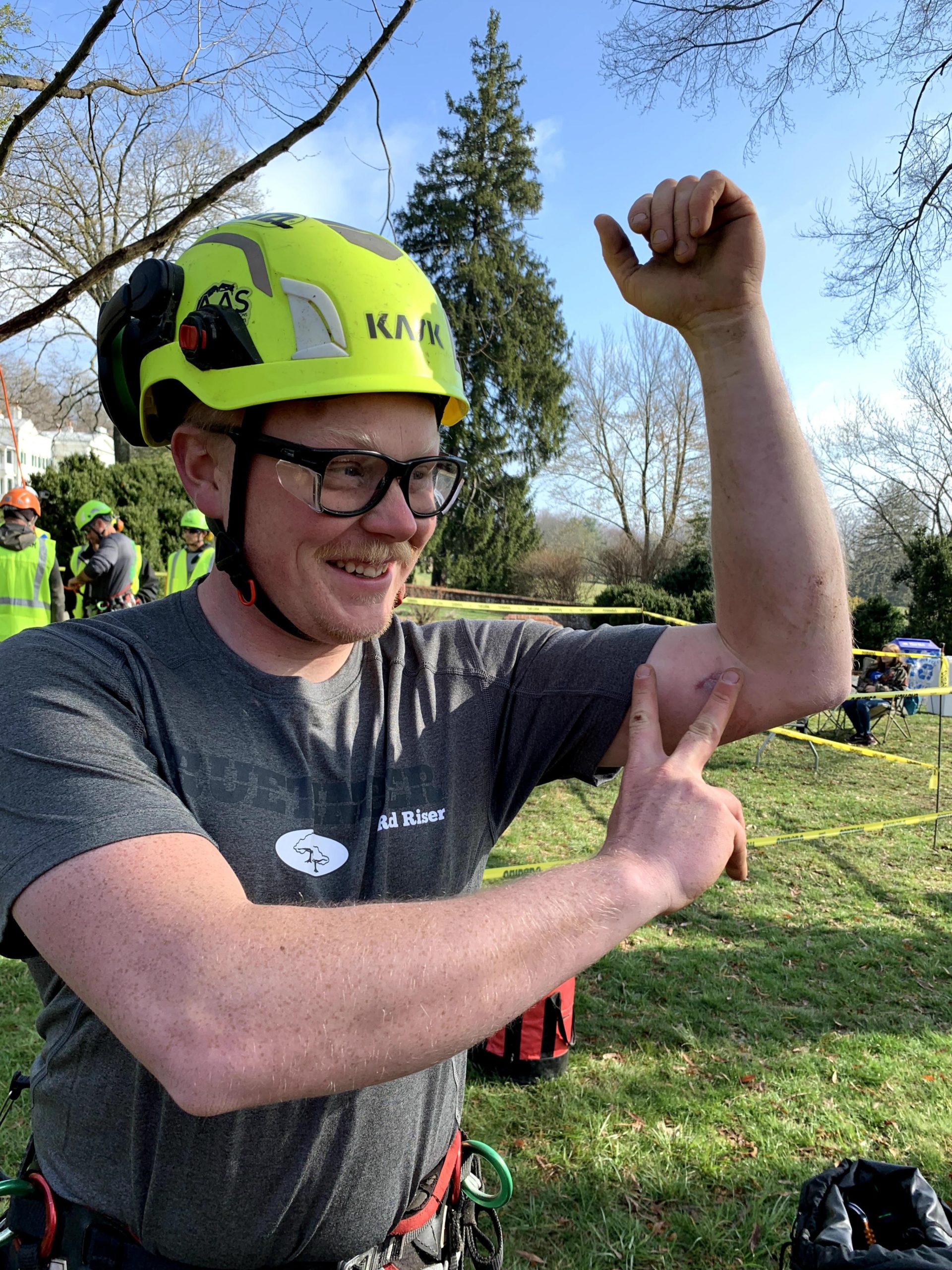 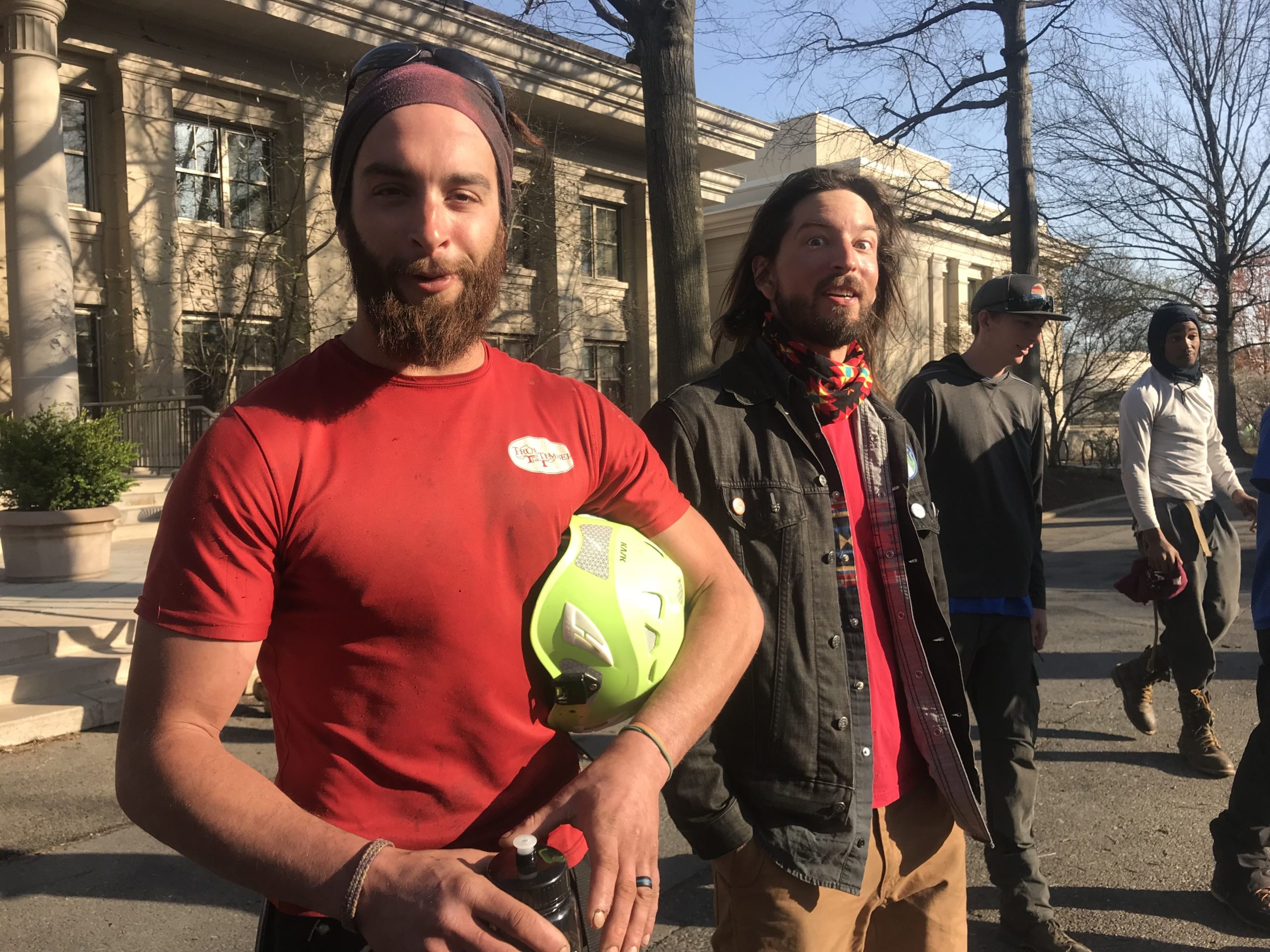 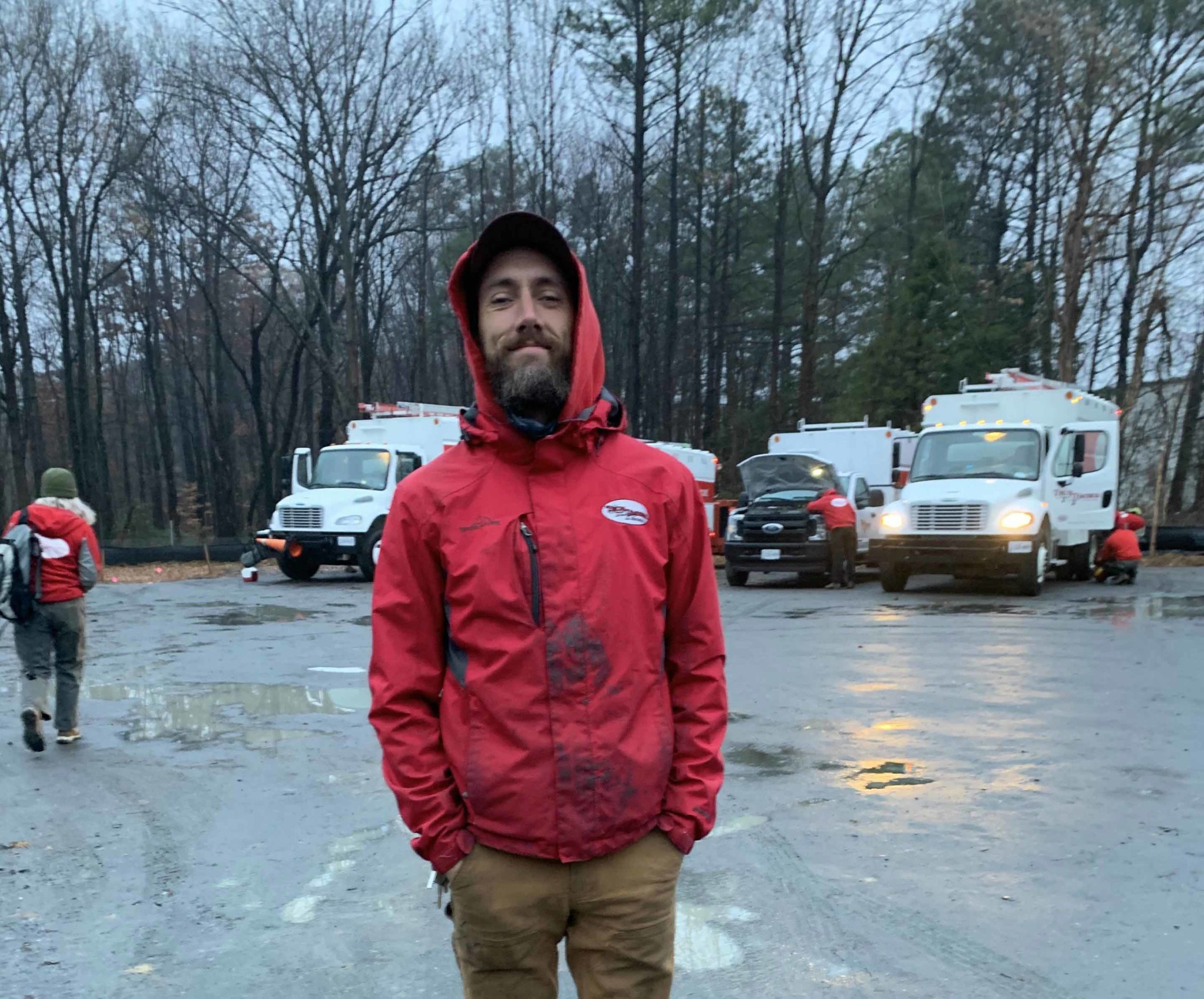 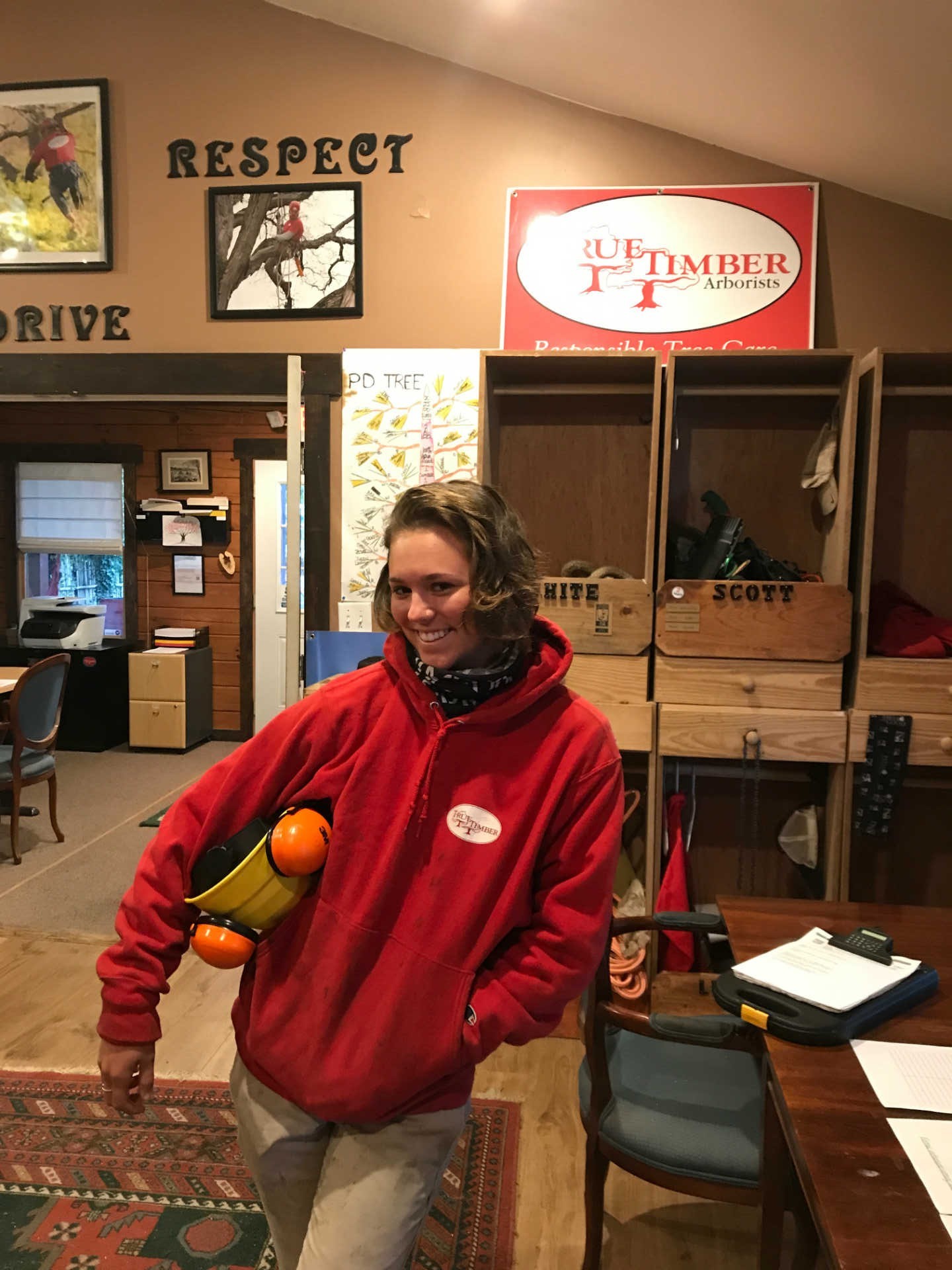 I am a Certified Arborist who went to school for farming too! When I’m not working on trees I’m at home building and maintaining our little place, Fiddlehead Farm and Apothecary. My favorite places are up in a tree canopy and down in the soil. 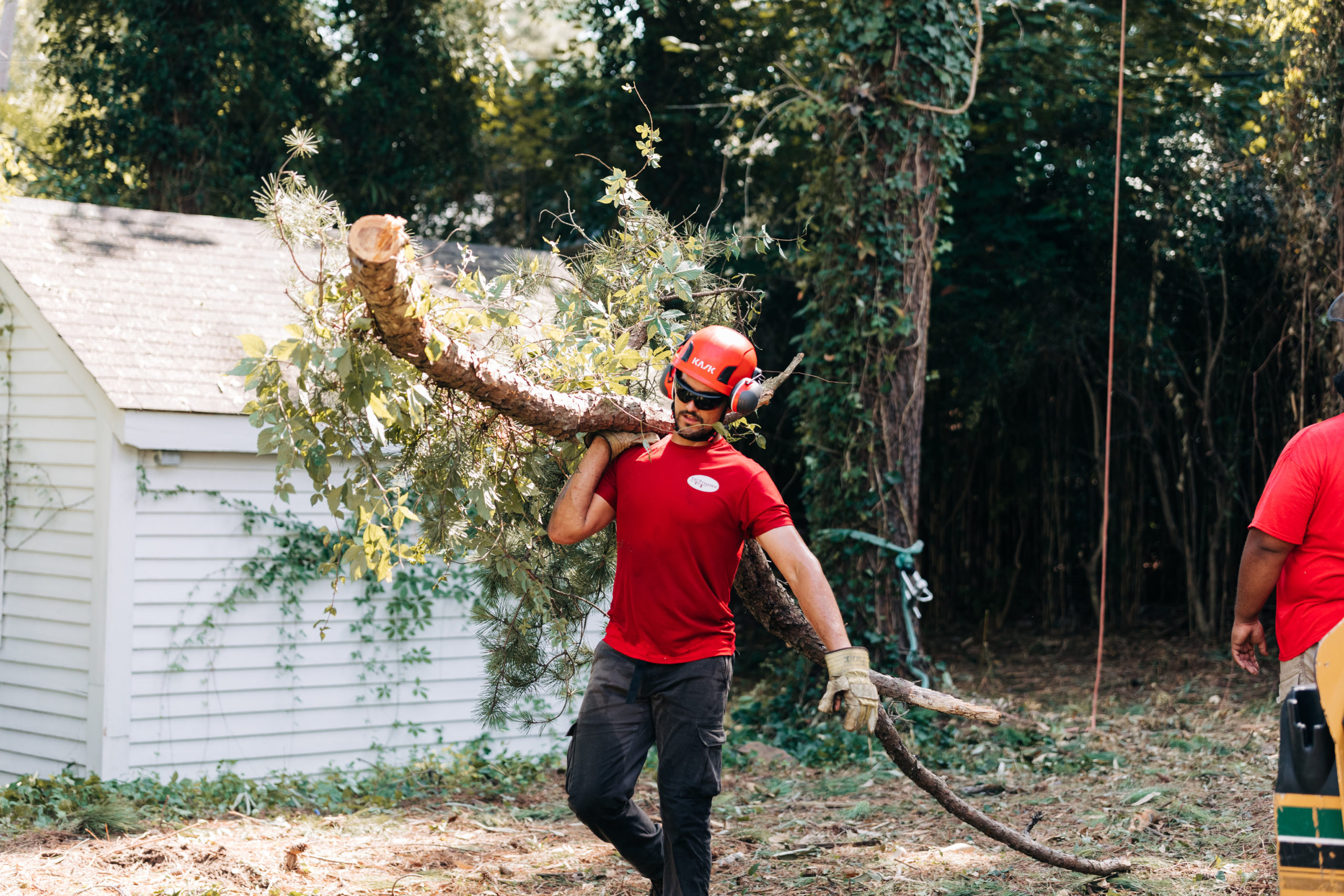 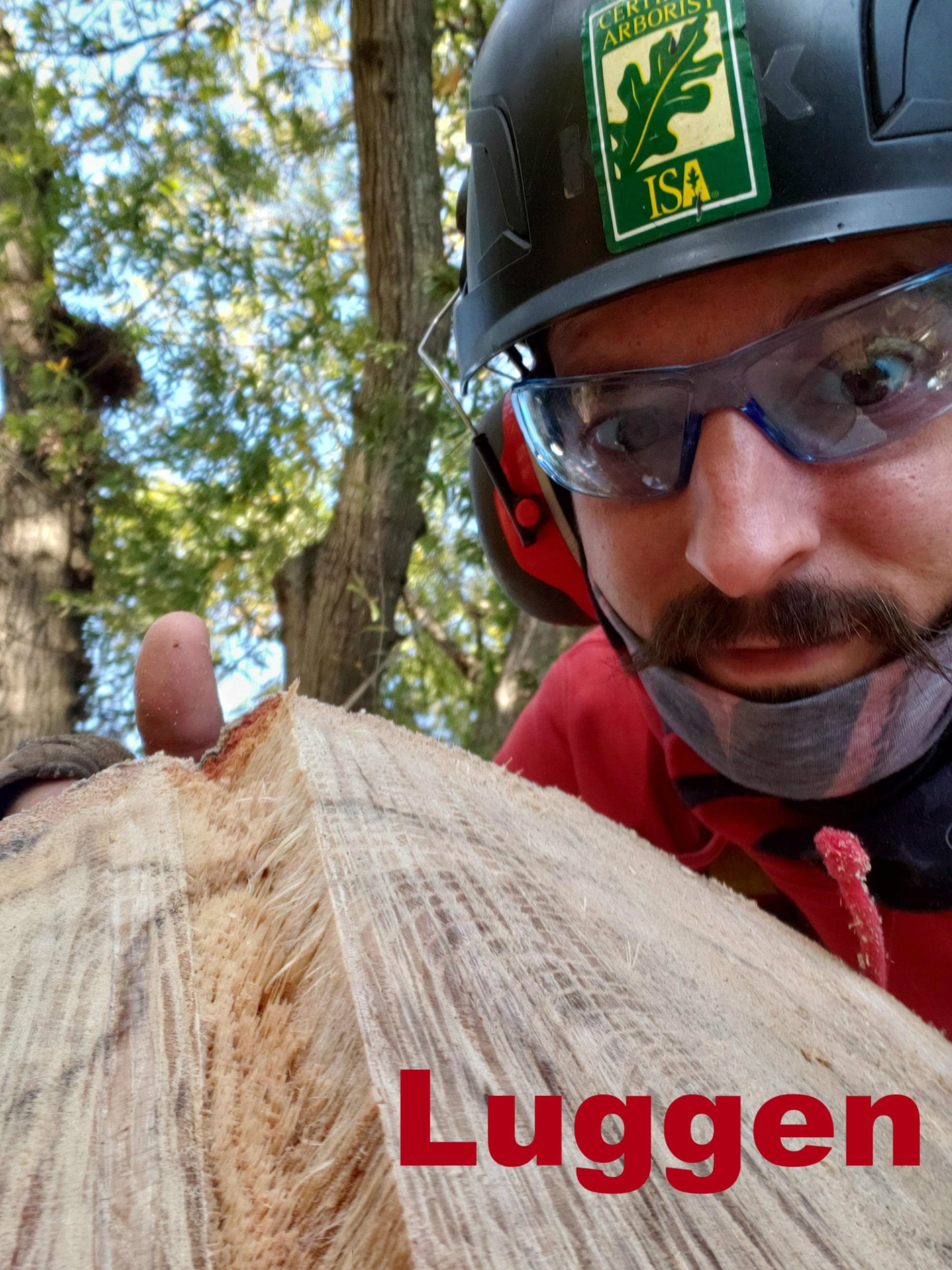 In every town there’s a man and there’s a plan, and around Truetimber everybody knows it’s James Luggen who’s got it all figured out. The climbers climb, the whiners whine, and this man gets it done right on time. Legend status, mic drop. 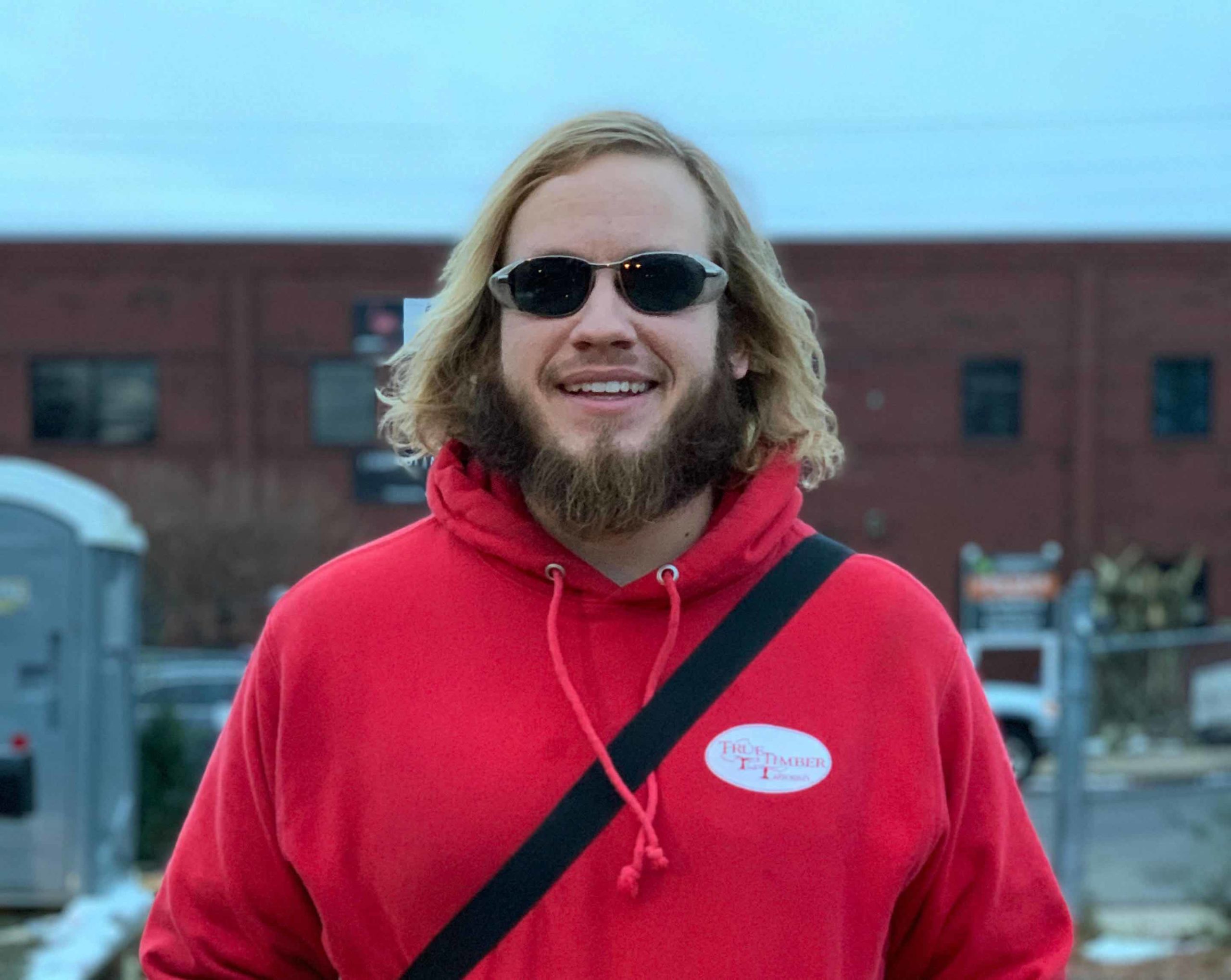 Working at Truetimber has given me a great opportunity to work with some great people and see some awesome trees!
In my free time I enjoy playing music and going to concerts. 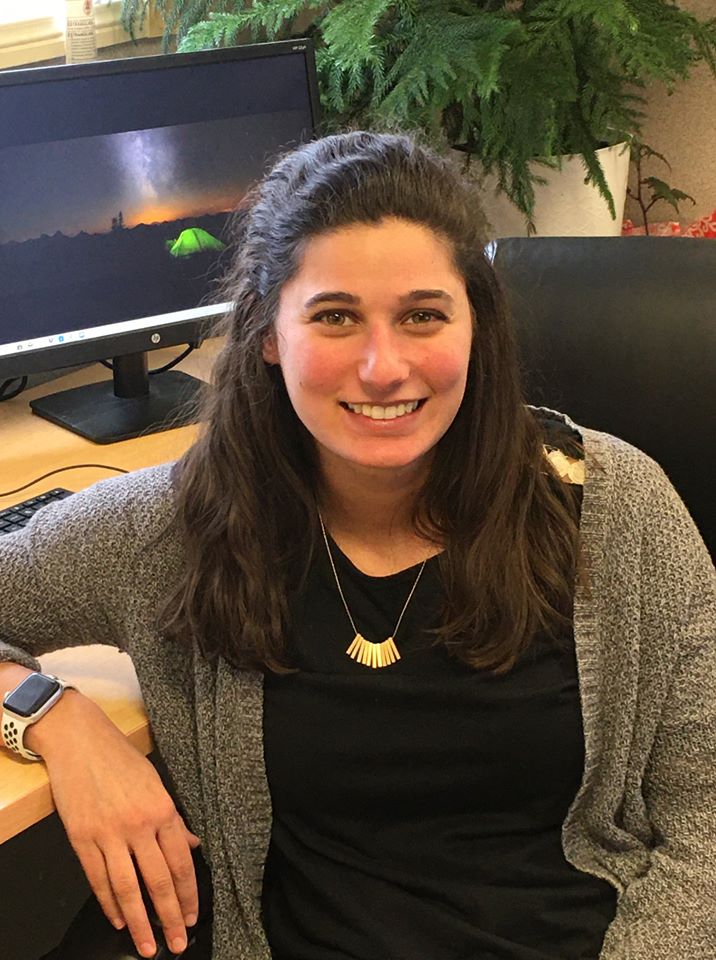 Megan joined our team in Jan 2020. Her first passion on Earth was cooking. She went to a culinary school for two years to hone skills, and spent some time in the restaurant industry before coming to Truetimber.   In her free time she loves being outdoors, hiking, and traveling. 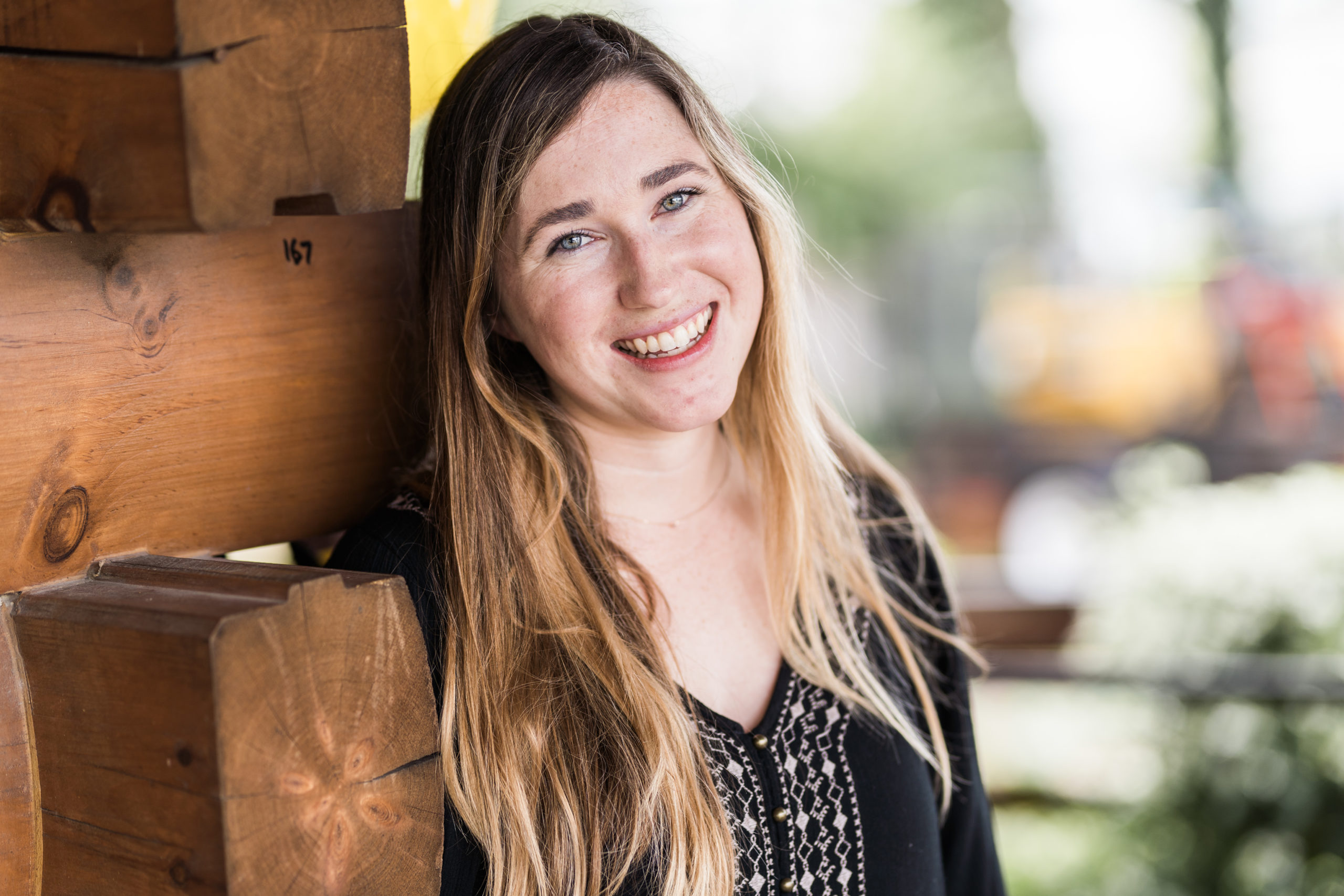 If you ask my friends to describe me, they’ll tell you that I still don’t understand Twitter, I’m addicted to Altoids, and I love to under-train for marathons. 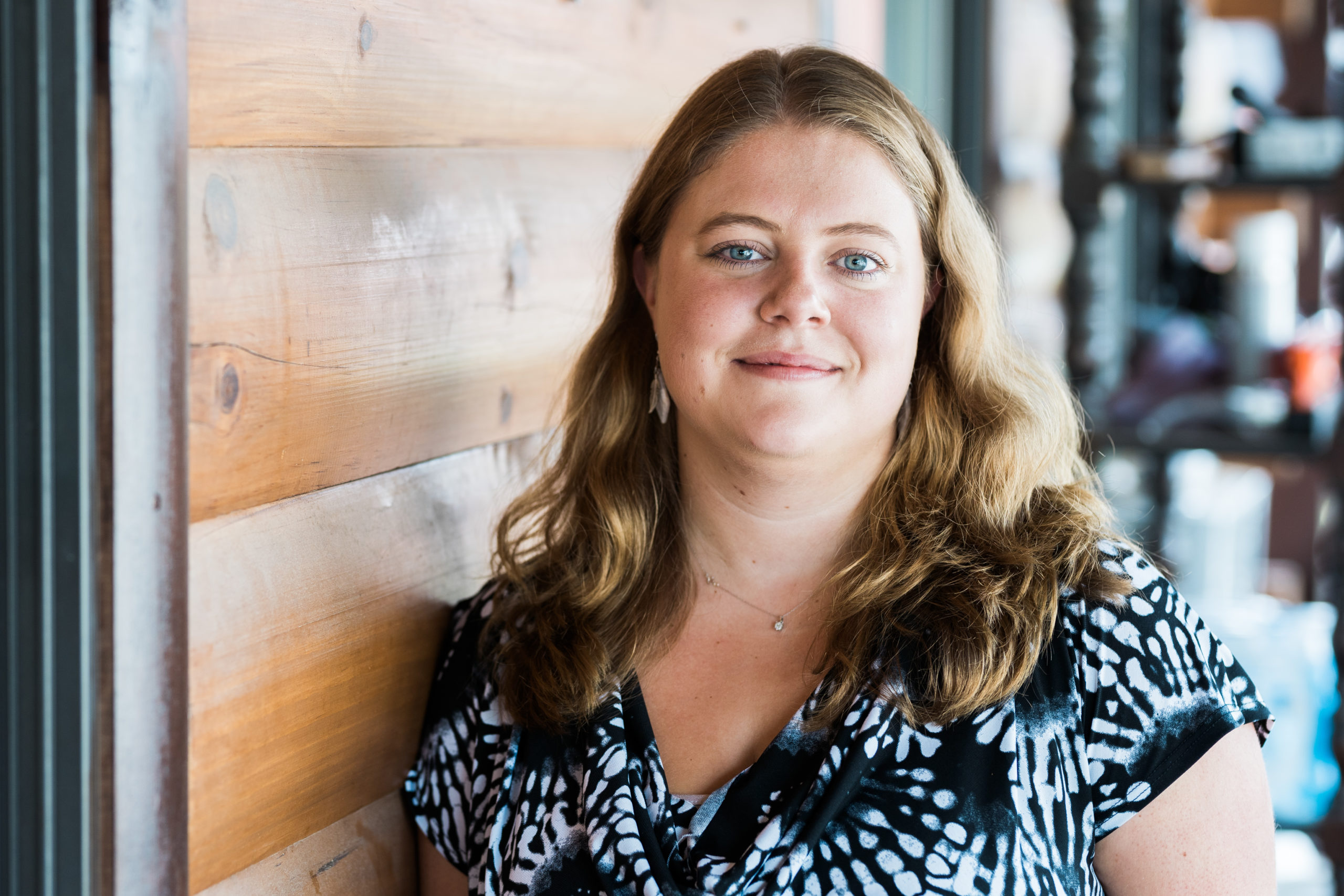 I have been with Truetimber since I was 19 years old. I love what our company stands for and am proud to be a part of this team!Loves: Animals, Nature, Water, Fishing, Camping, SportsZodiac: Pisces 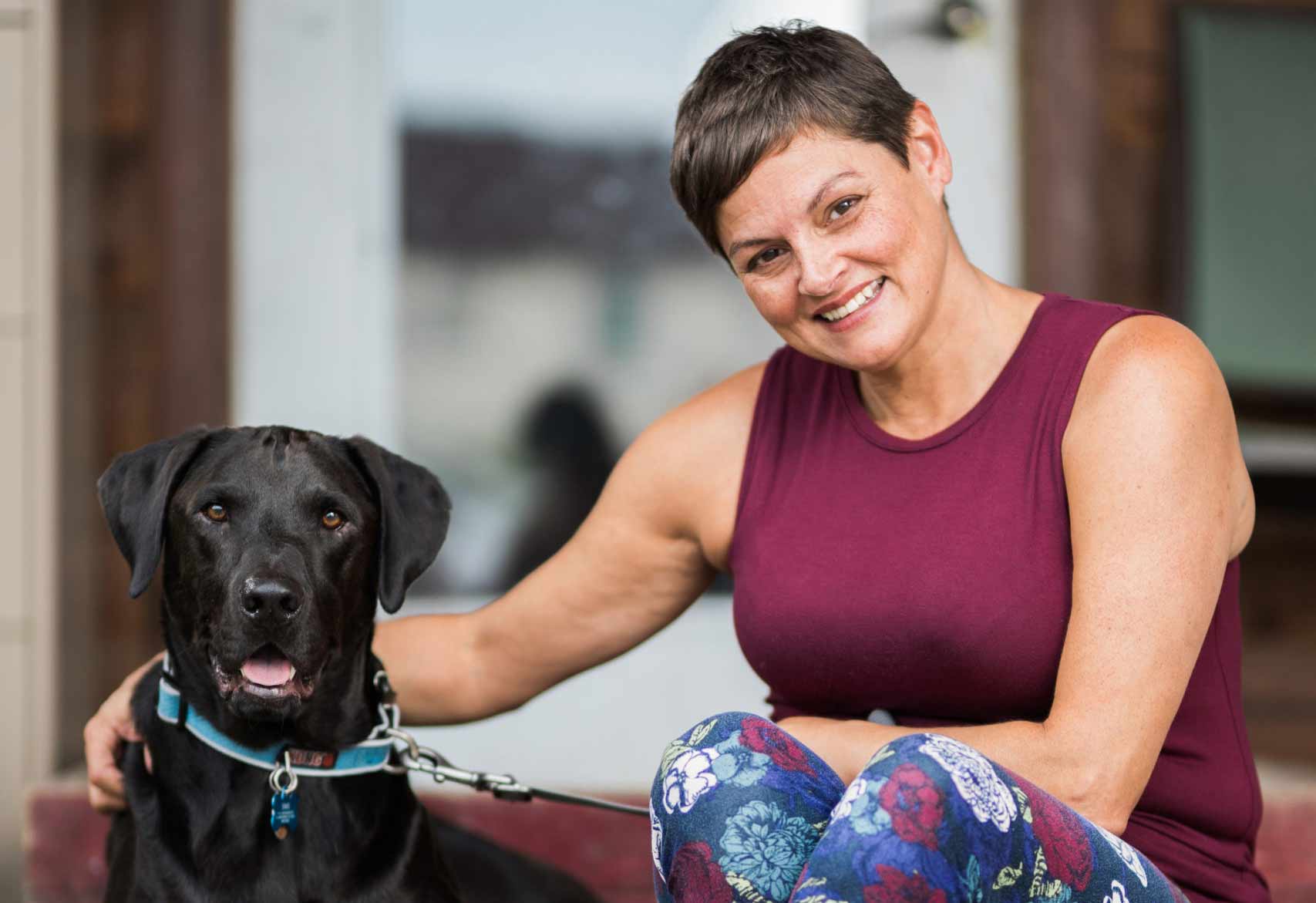 Proud mom of daughter Riley and wife to Dusty. 7 year employee of Truetimber. Hobbies include running, reading and floral design/crafting. I can usually be found with my sidekick and BFF Jed tagging along.

We Have the Credentials 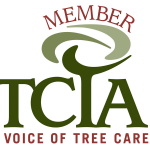